Among the ideas I’m excited about incorporating in our homeschool this year…. 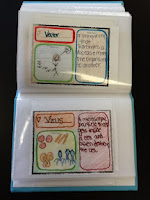 “I had purchased photo albums/brag books from a local dollar store. We used the photo albums to store the completed vocabulary cards….”

I’m thinking this could be a great way to do all sorts of subjects, from math cheat sheets to presidents to countries.  🙂 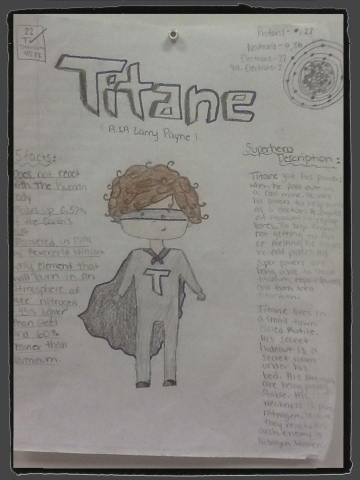 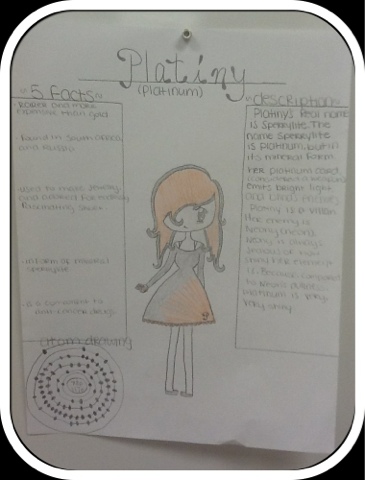 “Students were assigned an element and were instructed to create a superhero based on the element’s properties….”

(Her students just did one each, but I think it would be fun to do a whole set with the kids here.)  🙂

“Make notebooking enjoyable for all!  The best way to do this is by using creative activities with notebooking.  Allow the students to get creative as long as they don’t lose focus of their learning target….”

There’s lots more to explore on the site and I subscribed by email, too.  Neat stuff!

Just a heads up that I created a homeschool-related Facebook page, A Magical Homeschool.

I kept coming across neat little educational cartoons, activities, pictures, crafts, articles, etc. that I wanted to share, and the page seemed like a good way to do that.

Feel free to join me.  I’ll keep posting here (and there and everywhere!) as well.  🙂

52 Days to Explore Outdoors features a new nature study idea (general) with links about once a week.  Recent topics include stargazing, exploring tidepools, dragonflies and rocks.  This would make a great site for weekly nature study ideas and resources.

Painting on Salt: I’ve had this craft in mind for a while now and really want to get to it soon.  I think all my kids would enjoy it, from preschool to teen.  I love the vivid colors too!

Virtual Pond Dip lets kids “dip” from a pond and then see what creatures they’ve scooped up in a pretend microscope, plus learn about them.  The creatures are all drawn, but it looks like a good primer for exploring pond life and there are lots of links to learn more.

Get Body Smart bills itself as an online textbook about anatomy and physiology.  You can explore various body systems and more.

And with that, I’m off to pretend I’m going to get lots done today…  Wish me luck!

Are you on Pinterest yet? I’m still having fun pinning pages that appeal to me with neat recipes, crafts and homeschooling ideas.

Here’s my homeschool pins on Pinterest if you want to take a look.  If you’re on Pinterest and haven’t left a link to your pages, please do!

Extra credit: 25 non-traditional subjects to teach in your homeschool

30 Days of August fun with your kids

Five ways to go green (and save money) in August

Root to stem cooking: How to use every part of your produce

Go green (and save money) on back to school choices

It looks like we’re heading to Nebraska in a few days to hang out with Tiffany and company, plus some other fabulous homeschool families from all over.  Daryl is going to stay home and hold down the fort.  It should be fun!!!!

Okay, it turns out I’m quickly getting addicted to Pinterest.

I joined the other day and have been having a great time “pinning” web sites to the categories I’ve created (homeschooling, crafts, all natural recipes, organic gardening, attachment parenting and green so far) and also have been having fun looking through other people’s pins.

I love that it’s so visual, and is such a captivating way to bookmark sites for projects to try and keep my links organized and handy.

If you have a Pinterest account (especially with a homeschooling page) please let me know!  Here’s mine.

This great web site contains hundreds of stories from mythologies around the world.  From Finnish folk tales to Anderson fairy tales to parables of Buddhism, there’s something for everyone.  This would be great to combine with studies of countries or family heritage.

70% of science fair winners are children of immigrants

Only 12 percent of Americans are foreign-born, the NFAP report says. Even so, children of immigrants took 70 percent of the finalist slots in the 2011 Intel Science Talent Search Competition, an original-research competition for high school seniors.
Of the 40 finalists, 28 had parents born in other countries: 16 from China, 10 from India, one from South Korea and one from Iran.
“In proportion to their presence in the U.S. population, one would expect only one child of an Indian (or Chinese) immigrant parent every two and a half years to be an Intel Science Search finalist, not 10 in a year,” wrote the report’s author, NFAP director Stuart Anderson.
…”Our parents brought us up with love of science as a value,” David Kenneth Tang-Quan, whose parents emigrated from China to California, told Anderson, according to the report.

Pinterest pages
I’ve heard about Pinterest, where you “pin” web sites you like and can see what others pin, but I wasn’t all that interested.  Until I saw this mom’s homeschool pins and realized what fun this site could be.  I could lose a lot of time here!
Newest homeschool writings
Here’s what I’ve been churning out in the HS front lately at the examiner, on everything from free transcript templates to how Montessori changes from middle school to high school years…

And here’s the latest in other subjects…

On the personal front, the baby is now very, very wiggly.  He/she doesn’t have a certain time of day or night to bounce around.  It seems to be most of the time!  Hopefully we’ll get an ultrasound next month and finally get to know whether it’s a girl or boy.  I’m so impatient to know.

Victoria is visiting homeschool friends a few hours away this week.  I’m impatient for her to come home, even though I’m sure she’s having a blast.

Anna is taking Irish step dancing lessons for a performance she’ll be doing with a small group of girls in the pageant this year.  The teachers are local homeschool graduates who taught themselves to do Irish step dancing years ago and have performed all over through the years.

Jack and Alex are currently helping Daddy at the cabin and museum.  They’ve been spending much of their time outside and generally end each day covered in mud, sand, scrapes and who knows what else.  I do like summer!

Sorry for being quiet for so long!  Life has been busy here and I’m slowly getting my energy back in the 5th month and am anxious to catch up on everything that fell by the wayside while I was so sick.  We’re also super busy with garden planting and other spring activities.

Bones of the Skeleton flashcards

These just seemed like fun, especially for kids with anatomy interests!  I haven’t poked around the site, but it looks like there are all sorts of flashcards already made and ones you can make yourself too.

Here’s a list of sites that offer free courses online.  I haven’t checked them out (other than a couple that I knew about like Khan Academy) but it looked interesting.

Up close footage of an ant being born

This is pretty amazing footage!  Wow!  I love the teamwork in getting the little guy out.  🙂

We have done so much cool stuff lately that I want to post pictures of and yap about.  I’ll be back soon!

In the meantime, here’s a bit of the yapping I’ve been doing online…

Oh yes, and I ordered our tests for Jack, Anna and Victoria, along with 160-page practice workbooks.  That should be fun!  😉