Fiona is loosely doing first grade this year (and some second grade).  You know we don’t strictly follow any skills lists or curricula, but I like to keep track of what kids her age would be covering in school and find ways to playfully teach those concepts through hands-on activities like using Cuisenaire rods, playing games, playing with math tools, measuring and making things, and so on.

I found this great resource at Houghton Mifflin that provides outlines, teaching tools, free printouts and family homework assignments to correspond with the concepts their textbooks teach in each year’s math books.  Here’s the general outline for their first grade math:

I plan to play with all of these concepts in the following months, and to make up some fun worksheets to reinforce the concepts.  I don’t generally print out worksheets and instead I write out problems myself in my kids’ homeschool notebooks.  It allows them to be more personal (I’ll often write out silly word problems or have sweet or funny copywork that is tailored to them, for instance), saves ink and cost, and makes it more fun for them.

They also provide these great teaching tools for the year:

I am honestly so excited about 2018, as I’m thinking that after the epic awfulness of 2017 there’s nowhere to go but up!  🙂  I feel as if a light is being turned on again, or I’m making it turn on.  Things will turn around.  I just know it.

I’m not going to bother talking about the bad going on right now (see a previous entry if you want a taste of what has me up at 4:35 a.m. talking to you instead of sleeping!).  Enough with the bad.  It’ll go on whether I acknowledge it or not.  So let’s look at the good.

Only this kid would request playing with the math box on New Years Eve. #cuisenaire #handsonmath #mathplay #mathgirl

She has been playing like crazy with letter cubes, math manipulatives and pen and paper lately.  She happily made up words with letter dice yesterday, bringing me four cubes at a time for me to help her form words from them.  Her reading and spelling are coming along so fast now. I have promised her that we will get to lots of everyday homeschooling on Tuesday after the holiday.  We had a forced (by me) school break with everything else going on.  🙂

Santa gave Alex a 3-month Gamefly subscription for Christmas and as a result I have seen him far less than usual!  He and Jack have had so much fun playing together though, and it’s the dead of winter when it’s hard for him to get out and do as much as he’d like to.  It’s currently -20 F (no, that doesn’t factor in the wind chill and yes, it is really that cold) so he can’t even play in his beloved snow until it gets a bit less life-threatening out there — though this weather is good for the occasional quick outdoor science experiment like freezing bubbles and vaporizing hot water to make instant clouds.

Jack, Alex and Fiona have all been having a ball with library books right now, too.  Toria has a weekly appointment in a city an hour away that turns out to have a fabulous library, so we go and stock up every couple of weeks.  The little ones love it and even Jack has discovered some beloved new book series.  I love the way he’ll say he has no interest in a book and then read the entire thing before we get home that day!

I have made all sorts of resolutions for this new year on every front there is — housekeeping, homeschooling, work, personal, health…  We’ll see how well they all work out but I am really excited about trying, which is a nice change.

I’ve been homeschooling for over 15 years now, with one child already completely done and one about to finish (Rhia will graduate in the spring!).  I don’t want to shortchange the younger kids with waning enthusiasm for it all, but it is hard to juggle the needs of so many different ages and stages — especially with Victoria’s scary health issues and now the issues with her new (old) house and all that it’s bringing into our lives (burst pipes and dead furnaces in 20 below weather anybody?).

But I’ve renewed our memberships to the science museum and the zoo, I’ve made up daily plans and I just have this faith that has been missing since the train wreck that was 2017 begun.  Hope, optimism, all that jazz.

(P.S.  Trying something new and linking up with Homeschool Highlights.)

I’m working on plans right now.  Not in the typical homeschool mama scheduling sort of way, but as a sort of crisis management plan. 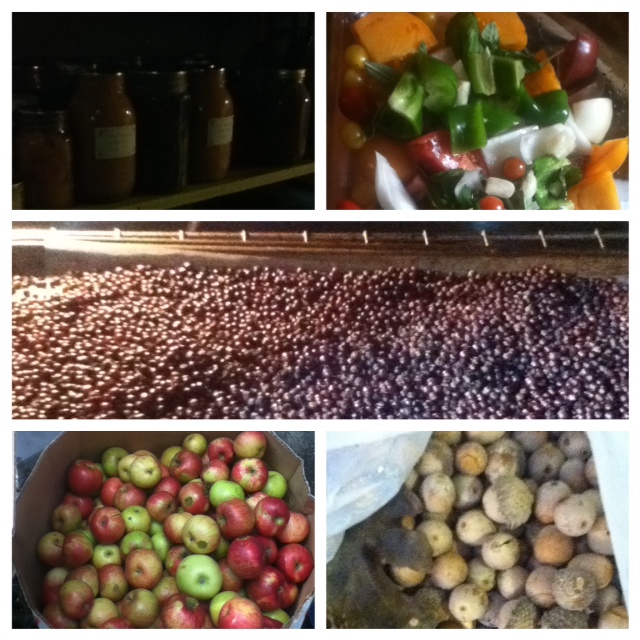 I have been feeling overwhelmed and overextended.  Truth be told, I have also been having a little bit of a pity party for myself.  I wish that I had more friends nearby.  I wish that I had help with the kids or the house or something, outside of Daryl and the kids themselves.  I wish I had any family alive, other than some long-lost (wonderful) cousins and a grandma and aunt in Ohio.  I wish I had a tribe.

I wish I had a girlfriend who’d come over and drink wine with me.

I had paid to have someone come and help with the house and that didn’t work out.  That person isn’t in a place to help me right now, and I need to just accept that and save myself instead.

So September is my month to save myself, migraines and seizures and clingy toddlers and messy house and all.

September is my month to get back in a homeschool schedule, to knock out that fall work, to take baby steps when I need to and monster steps when I can.

My goal is just to breathe, push, breathe, push, just like having a baby.  Sometimes you just need to keep on going, cuz it’s not going to get better until you get it done.  🙂 I have a Pinterest board just for things I want to do soon, but my list keeps growing.  I’m logging ten homeschool-related ones here so I don’t forget them.

I’m due for an MRI next week since my neurologist said my EEG results showed some abnormalities in my brain, specifically “lightning strikes” and “sharp waves.”  I’m hoping it goes as well as possible (IV’s are not my friends and the bruises are just now finally gone from all the blown veins from last month’s IV Venofer treatments) and that I get some answers about my headaches, vision problems and neurological issues.  And I’m hoping to get a copy to show the kids.  You know how homeschoolers turn everything into a teachable moment.  😉

Last summer, I journaled 50 or 100 things I wanted to learn about as a family over the summer.  Daryl and the kids helped make up the lists.

We knew we wouldn’t get to all (or even most) of them, but it was fun to have a go-to list of neat stuff to throw ourselves into.

Some of the things on the list were big successes.  I wanted to learn to forage for wild edibles and wow, did Daryl (and I) run with that.  Over the summer and fall, we got hundreds of pounds of mulberries, walnuts,  apples, crab apples, black raspberries, and less-conventional goodies like milkweed pods (they’re scrumptious when they’re tiny, battered and fried like poppers), acorns (for acorn flour) and even cattails (delicious when you boil the tender new bottom shoots and serve with butter and salt like asparagus).  (See my Wild Edibles board for info on all of these and more.)

We also really got into lots of other subjects on our list, from the Civil War to animals and colors for our youngest homeschooler.  🙂

I’m making up my list for this year.  I really like having it hand-written in my journal, in all different colors, full of scribbles and notes and silliness.

If we get to 3 or 5 or 30 of the things on the list, I’m just hoping it will lead to some of the fun we had with last year’s list.

Now to get on with the making of it…..

After reading what this dingbat said about the lack of even one great female philosopher in history (he said that he could only recall one important female philosopher, “and she was not a significant thinker in the estimation of historians of philosophy.”), I decided it would be nice to do a unit study of famous (and not so famous) female philosophers with the kids.

Here’s a list of some to start, courtesy of Wikipedia:

A list of women philosophers ordered alphabetically by surname:

I figure we can combine copywork with history and philosophy, filling a journal with bios and some printed photos and quotes.  My goal is to work on it with the kids over the summer.  Even if we don’t make it through the entire list, the kids will be better educated on the subject than Mr. Murray.

You know how I love to have themes this time of year.  Well, I’ve decided on the theme for Feburary… Try it out, use it up!

We have so many things we’ve accumulated that we still haven’t used, done and tried…

So every day of February, I plan to do/try/make/read/use up at least one thing that we previously were leaving to sit unused…

I want to make at least a dozen recipes that are dog-eared in cookbooks and still  haven’t tried.

I want to try at least 10 homeschool ideas that I have pinned on various boards.

I want to use up a ton of art supplies!

I want to actually finish any history book we’ve ever purchased as a read-aloud.  🙂

I’ll report back as I go.  Wish me luck!